Whether you want to be competitive, play with friends, enter a block team or just play for fitness and fun, we have the team for you and/or your child.

Our teams compete in the Sutherland Shire Netball Association (SSNA) winter and summer competitions. Our club fields teams from juniors through to Senior A teams and we run a nursery netball program.

We’re a competitive but friendly club. All players of all abilities are welcome at Cronulla RSL Netball Club.

NetSetGO is Netball Australia’s only junior entry-level program, developed to provide the best possible introduction to the sport of netball. The program incorporates skill activities, minor games and modified matches in a fun and safe environment, ensuring enjoyment and continued participation within the sport.

Net: Players turning 6 and 7 years in the calendar year of their registration participate in a fun and encouraging weekly nursery netball program which includes netball related activities and some optional modified Saturday games, usually starting in Round 4. The program finishes on either Day 13 or Day 14. No uniform required. Activity cost $80 includes a Suncorp NetSetGo participant starter pack consisting of a netball in your child’s favourite Suncorp Super Netball team colours and a Suncorp NetSetGO t-shirt that can be optionally personalised for a few extra dollars. 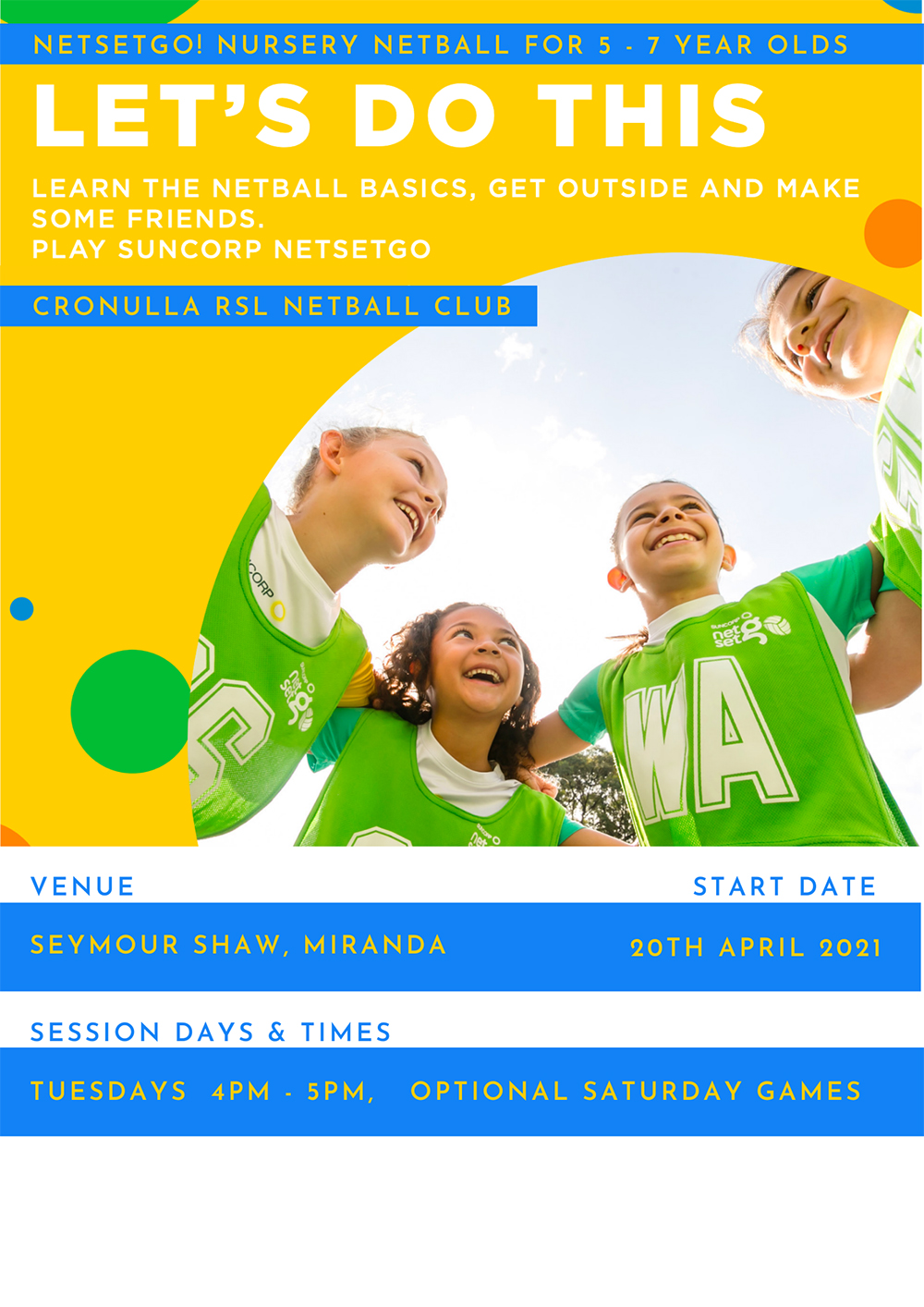 Cronulla RSL Netball Club is an affiliated club of the Sutherland Shire Netball Association (SSNA) which is presently recorded as the biggest netball association in NSW.

Our teams play in the SSNA winter Saturday and summer week night competitions.